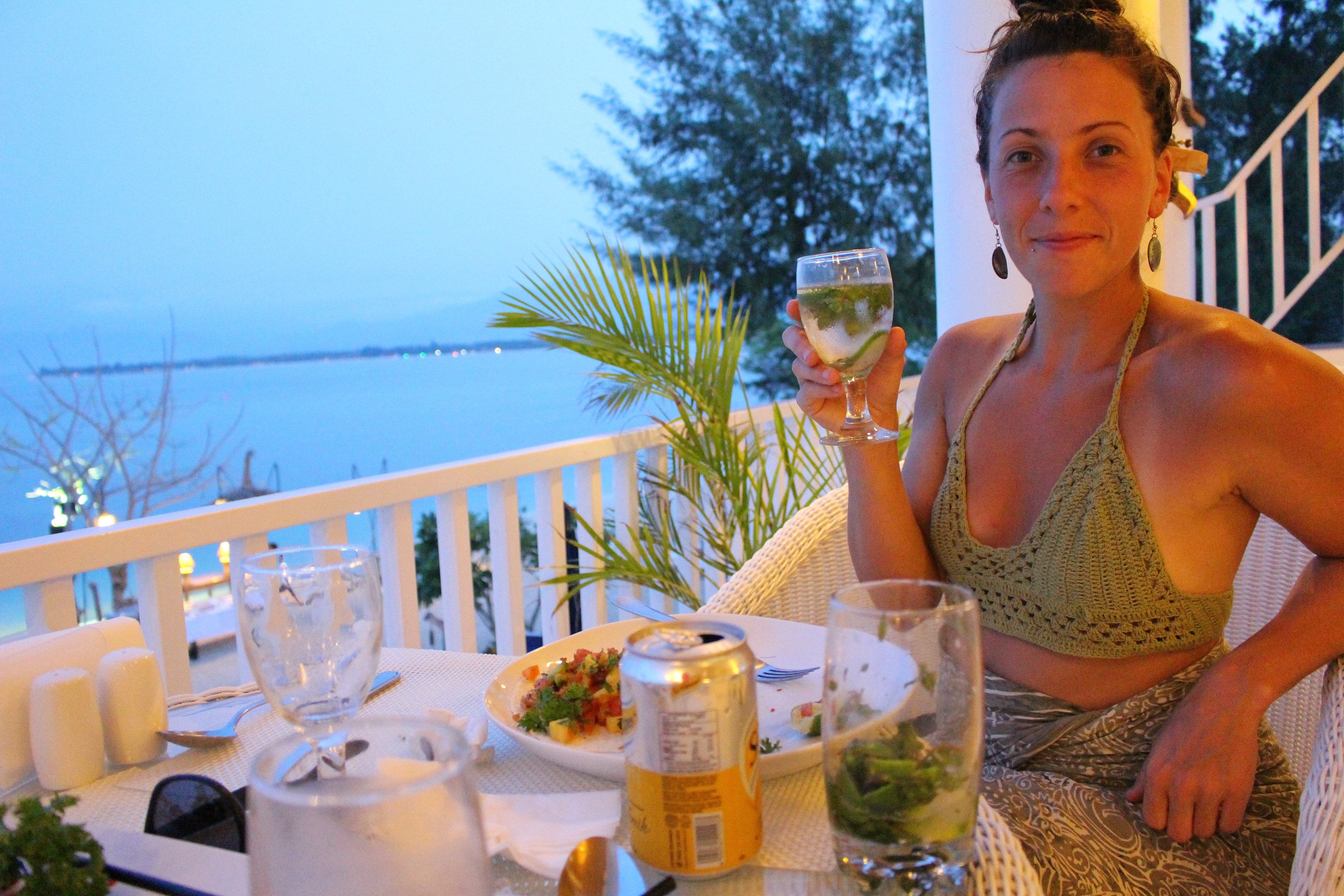 A word used so frequently by many but what exactly is it? What does it mean?

This topic came to me today and please let me explain why.

About a year or so ago I met a lovely gal by the name of ... dot, dot, dot. That chick seemed rad, she had, or at least I thought she had good energy, she was an entrepreneur and overall she seemed like a really good person.

We became friends even though we lived about a 7 hour drive from one another but that didn't stop us. She would call me almost every weekend and we would chat about business ideas, home renovations; life. We always ended up talking about Modest Maverick and how it came about. I didn't think twice about answering her every question, even down to the "Where do you get your tags made? What size are your blankets? Where do you buy your fabric from?"  I just thought she was so supportive of my business and that she genuinely just wanted to know. Now I get it. She was jotting it all down and brewing up something.

Well, I'm sure you can already tell where this is headed. About a few months later this 'friend' decided to launch a website and call it ... dot dot dot and lo and behold there were my blankets with the hand frayed edges, the leather tags - all of it. Even the photography was similar and get this - on the 'About' page she even stated that her business idea came to her because it was inspired by the area that she lives in. My mouth hit the floor. I think I even tried to refresh the page in hopes that it would disappear and I'd never see it again.

As you can imagine, I was shocked. I couldn't fricken' believe that someone would actually go as far as making a fake friend to get all of their ideas only to turn around and say that they were their ideas all along. She should have written on the 'About' Page.... "Inspired by Erin on Vancouver Island who I met and took all of her hard work and have now created my own business from it." Or at least I thought that would be fitting.

So, I wrote her and told her how I felt. I mean, sure - if you see some fabric and think that would be a great blanket and you go ahead and do that, then that's awesome! But when you buy a product from someone, become their 'friend', get all of the information from them and then launch your own business claiming that it was your idea ...Pfffttttt... COME ON! Can it get any more desperate than that?

Sure, I get it! I'm not the first person to make a blanket but I can 100% promise each and every single one of you that my idea to make a Beach Blanket while living in Tofino came from my own desire to make them and believe it or not, I was the only local gal making a beach blanket at that time.

So, why am I here sharing this with you? Well, because I bet it's happened to you before in some context or another. I've met lots of hard working boss babes who have been in my shoes. Who have been contacted by someone else claiming that they 'took their idea.' I know how crappy it can feel being accused of something you didn't do and I know how crappy it can feel when it is deliberately done to you.

Remember that word I briefly talked about at the start? Ya, that's a thing and karma does exist and it comes in all shapes and sizes. Someone may run with your idea and they might do really well. Heck, they might start making $100,000 a year and they might even blow by you waving their middle finger in the air like they just don't care while cackling like a witch on Halloween night but that doesn't mean that they don't have a conscience.

This isn't old news. Everyone remembers being in fourth grade and your friend Shannon drew the same picture as you in art class and you were pissed. That was your cute, pink dog with a funny, little hat on. That wasn't Shannon's idea but she was inspired by it so she did the same damn thing. This shit has been going on since '87.

As for karma, I truly believe that when people intentionally do others wrong it does come back in one way or another and I don't say this to sound like I wish any negative crap on others but it's just a matter of fact.

In closing, here is my advice to you!

If you are a rockstar killing it at whatever you are doing and this has happened to you or something very similar here's what you do: